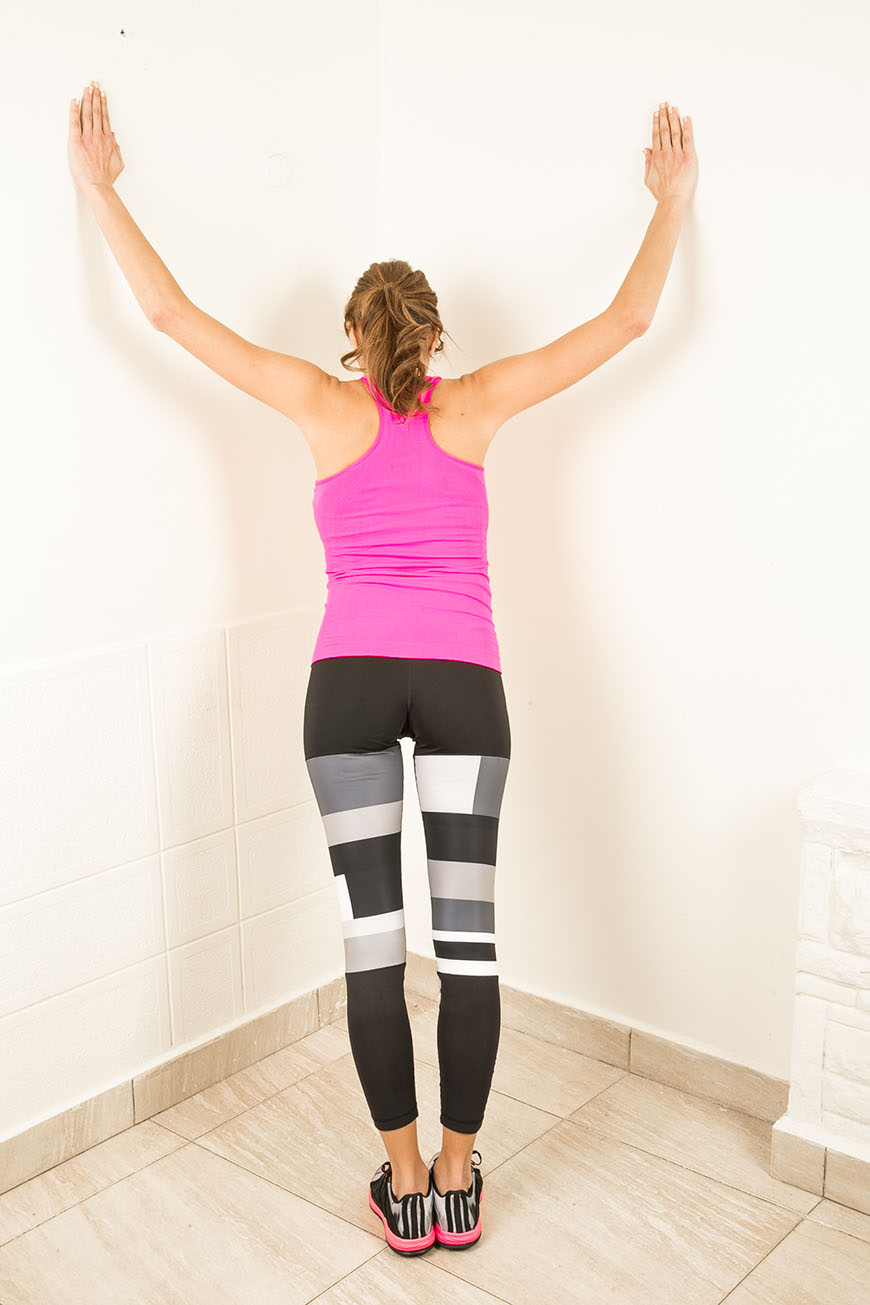 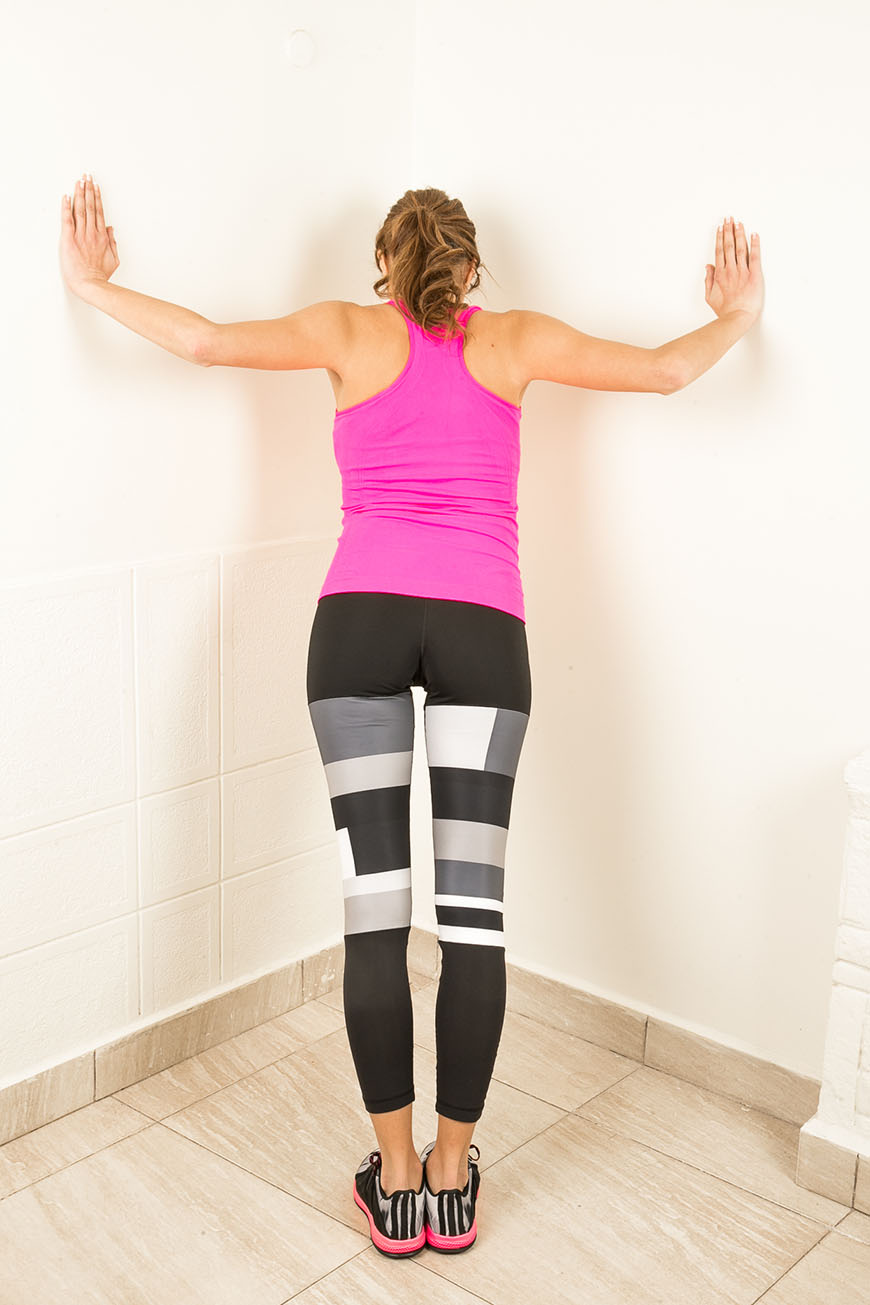 The pec major is the bigger of the two chest muscles, and it is actually two muscles:

The pec major is the bigger of the two chest muscles, and it is actually two muscles: the clavicular portion on top and the sternal portion on the bottom. To stretch the clavicular portion, stand in the corner of a room and place your palms and forearms on each wall. Slide the arms  up so that, with them at 90-degree angles, your elbows align with your armpits. Lean forward until you feel a stretch.

The pec major sternal portion is bigger than the clavicular portion. The clavicular stretch is more common than the sternal stretch, yet both are important. To perform this stretch, stand in the corner with the arms against the walls as in the other stretch. Open the forearms outward to point at 45-degree angles away from the body. Lean forward until the stretch is felt, and hold.